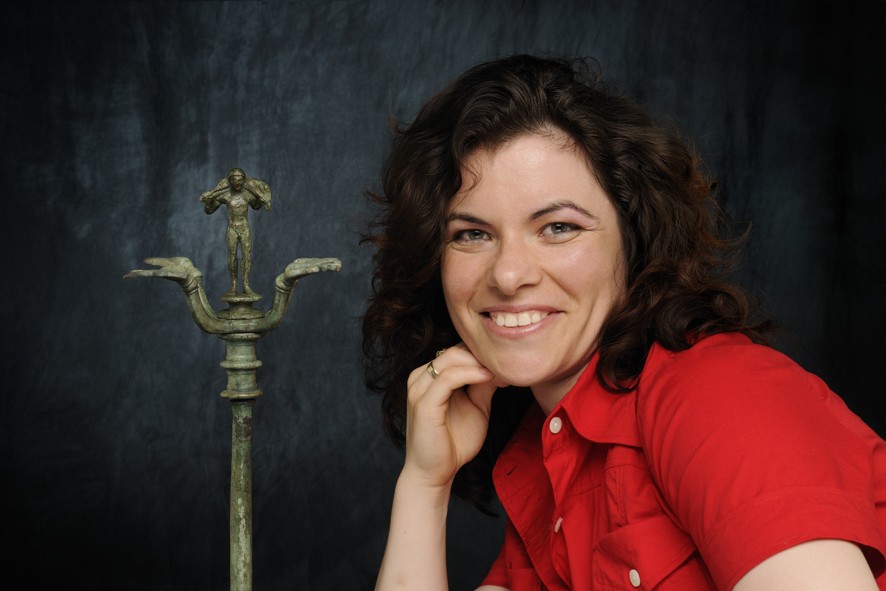 Funding bodies
European funding (Grundtvig project “MAP for ID – Museums as Places for Intercultural Dialogue”) plus the Museum’s own budget.

Goals
· to develop the museum’s potential as a place for intercultural dialogue
· to awaken “new citizens” to Modena’s cultural heritage
· to urge the autochthonous community to become an active player in the integration process
· to develop the intercultural competencies of museum staff
· through debate and exchange, to share the knowledge of a cultural heritage that is enriched by multiple visions and perspectives (rather than simply transmitting historical-archaeological knowledge and skills).

Target groups
60 students (both young and adult) with an immigrant background attending Modena’s Centre for Adult Education and Training (CTP).

Project description
“Choose the Piece” is one of the 30 pilot projects supported and implemented in the framework of the Grundtvig project “MAP for ID – Museums as Places for Intercultural Dialogue”.
The motivations for the “Choose the Piece” project were:
· a commitment to redefine the museum’s social role as a place for dialogue and exchange between individuals with different cultural backgrounds, based on the conviction that an openness towards a “new audience” cannot be limited to a plain transmission of contents, but implies an active involvement of all citizens, starting from a shared idea of heritage as a common patrimony that the community as a whole is called to preserve and enjoy
· the desire to promote a stronger engagement with “new citizens,” so that the museum can support and develop cultural as well as physical access
· a willingness to challenge existing practices and to develop the competencies of staff in relation to a diverse audience.

The project started from the following preliminary actions:
· contact with local institutions and organisations involved in the development of immigration or integration policies
· survey of the main migrant groups living in Modena’s territory and of their representatives
· contact with the local CTP representatives and selection of cultural mediators and of the four classes involved in the project (this choice was determined both by the successful experience of a previous cooperation between the museum and the CTP, and by the awareness that the involvement of participants through other channels, for example migrant associations, would have taken much more time than allowed by the project schedule)
· selection of 30 museum objects symbolising Modena’s history from the Palaeolithic to the Middle Ages.

Following an overview of the city’s key historical events, each participant was invited to “adopt” one of the 30 objects. Their choice was guided by CTP teachers and the museum staff by playing on personal tastes, memories, specific interests and affinities with objects connected with the different countries of origin. Students were also asked to write down the reasons for their choice along with a short biography, which led to further analysis and activity under the guidance of the museum staff.  In receiving a certificate finalising the symbolic adoption of an object, each participant committed him or herself to preserve it and to spread its knowledge.

Adoptions were visually documented through the pictures taken by Paolo Terzi, a professional photographer, who portrayed each participant with his or her chosen piece. The images, accompanied by a text providing information on the object and a short biography of the participant, were published in a “Intercultural diary” for 2010 (see “Publication and resources”).

Results / lessons to be learned
“Choose the Piece” promoted in participants a greater knowledge of local history and heritage through active involvement and participation (the “adoption” of museum objects). This gave rise to a further, significant outcome: some participants went back to visit the museum outside of the project’s framework, sometimes with their own families.
A new image of migrant citizens, connected with the cultural life of the city, was promoted through the dissemination of the “Intercultural diary.”

Among the critical points, participants sometimes found it difficult to share their own life stories.  In some cases this was because of an understandable desire to keep aspects of their lives private, in other cases it was because of linguistic barriers.

As for the impact at institutional level, the project helped the museum to:
· develop a more thorough knowledge of migrant communities living in Modena
· widen its audience
· approach new strategies of access development and mediation of collections
· gain a greater familiarity with intercultural issues through a series of seminars jointly organised  by IBC Regione Emilia-Romagna (“MAP for ID” project leader) and ICOM Italy
· consolidate its partnership with the local CTP
· identify museum objects with a significant potential in terms of initiating intercultural work.