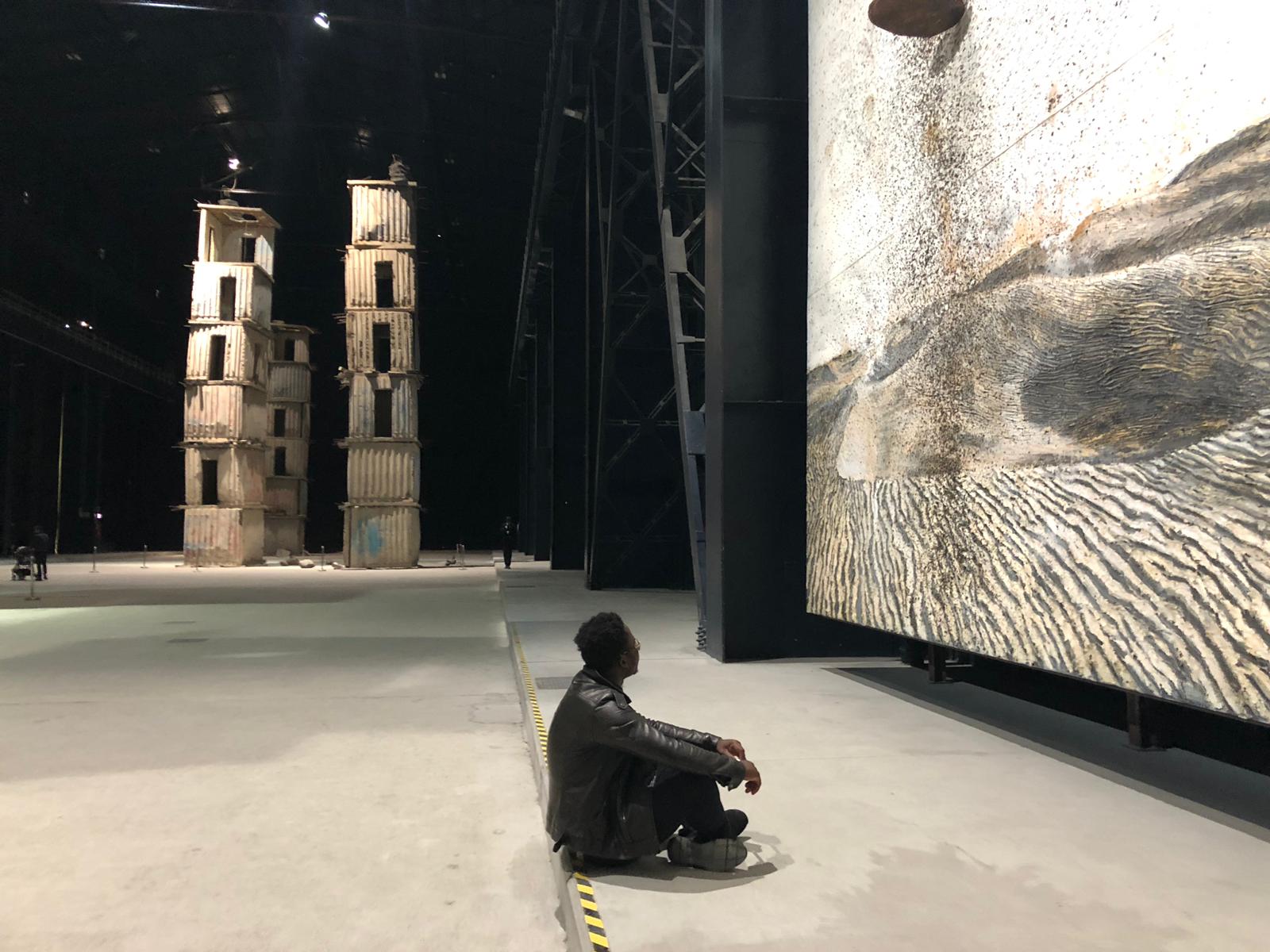 In parallel with the actions carried out by the “working duets”, the other four European partners run smaller, local workshops resulting in the creation of videos devoted to the year’s theme.
In Year 4, this was the case with Fondazione Ismu, which ran the local workshop “Our time through the Seven Heavenly Palaces” in partnership with HangarBicocca (Milan).

More specifically, Year 4 local workshop’s objectives were to:
• help young participants familiarise with a contemporary art institution, by engaging them in an active and creative way
• help them develop storytelling skills so as to become cultural creators (cultural democracy), rather than just cultural consumers (democratisation of culture)
• encourage their curiosity and interest in contemporary art as a vehicle of personal growth, introspection, self-representation and group cohesion
• provide young participants with an opportunity for mutual knowledge, exchange and enrichment, by valorising their different linguistic and cultural backgrounds.

Project description
The workshop “Our time through the Seven Heavenly Palaces” took place within the framework of YEAD – Year 4, devoted to the theme “Democratisation of culture and Cultural democracy”.
Through preparatory storytelling exercises in Fondazione Ismu and a full-fledged storytelling workshop at HangarBicocca, a group of 6 young participants with diverse backgrounds explored and documented in a video the intersections between their personal experiences/memories/feelings and the permanent installation The Seven Heavenly Palaces 2004-2015 in HangarBicocca, comprising the 7 “towers” and 5 large-format paintings by world-renowned artist Anselm Kiefer.

The workshop:
• had an overall duration of 15 hours (2,5 days), from May to April 2019
• took place at Fondazione Ismu and HangarBicocca
• resulted in the production by young participants of short storytelling texts and a final video
• was run by 2 project coordinators and 1 tutor from Fondazione Ismu, a professional film-maker (already involved in YEAD – Year 1, Year 2 and Year 3) and an expert in storytelling applied to museum/art contexts, with the support of the HangarBicocca staff.

More in particular, the storytelling workshop was structured in the following activities:
First meeting (Fondazione Ismu, April 15)
Introduction to storytelling as a universal language which enables individuals to engage in a “personal” dialogue with artworks, triggering insights and narratives resulting in the creation of new cultural contents.
Young participants were led by storytelling expert Maria Grazia Panigada in a number of exercises aimed at developing observation and description skills applied to places, individuals, personal memories …
The meeting ended with a preliminary brainstorming on “cultural democracy”.

Second meeting (HangarBicocca, May 4)
In the morning, young participants were engaged in further storytelling exercises: looking creatively at ordinary things, sharing the story of a personal object “of affection”, describing the meeting with an “extraordinary” storyteller.
In the afternoon, they approached the space of The Seven Heavenly Palaces with no prior knowledge of the exhibited artworks, so that they could look at them with an unbiased gaze.
Only at the end of the day, a HangarBicocca educator guided young participants through the space and provided them with context and information on the artist and its work.

Third meeting (HangarBicocca, May 5)
At the beginning of the day, young participants were asked whether their perception of the installation changed after the guided visit.
The rest of the day was devoted to participants individually choosing a specific artwork (Kiefer’s tower or painting) or perspective on The Seven Heavenly Palaces 2004-2015, and developing a short narration around it.
The workshop ended with a final brainstorming on “cultural democracy”.

The whole process resulted in the creation of eight written short stories drawing inspiration from Anselm Kiefer’s work, which are at the heart of the final video.

Fondazione Ismu designed:
• a short questionnaire to gather information on young participants’ expectations, needs, previous cultural experiences and perception of museums (before starting the workshop)
• a summ questionnaire to assess the impact of the experience on young participants’ perceptions and skills.
Summative evaluation shows how, thanks to the workshop, young participants had a first-hand experience of how their expanded ability to listen attentively, to pause in front of the artworks, to thoroughly look at them, and establish a deep connection, could evolve into a creative act in its own right.
On the other hand, the main critical hurdle was represented by the low budget (in YEAD Year 4 the workshop was not originally planned), and therefore the very little time available to work in depth on the permanent installation by Kiefer and the writing of the short stories.
The video was presented in the framework of YEAD final event, the “Youthquake for Culture – Young Europeans filming Cultural Democracy” Festival, which took place in Brussels from June 27 to July 8.

Outputs
• the video “Our time through the Seven Heavenly Palaces”: extract with Li Chenxi’s reflections on the workshop
• the eight short stories written by young participants around their chosen tower/painting/perspective on the permanent installation.