“Portrait between identity and representation” 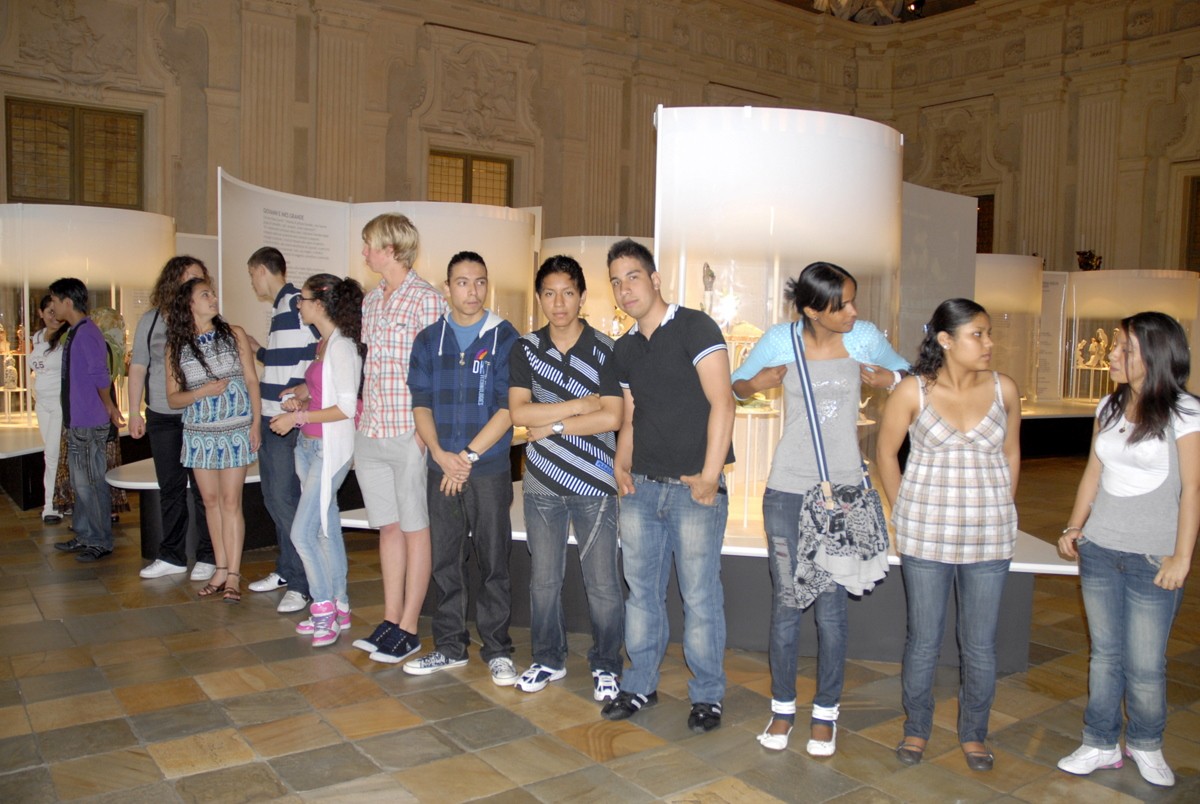 Funding bodies
Own budget of the Museum’s Education Service (project materials and final installation) and CTP (advice of the professional photographer Anna Largaiolli).

Goals
Palazzo Madama, which may well be considered as the city museum (a place where the local community’s memory is preserved), is located in Turin’s historical centre.
As many youths prefer to spend their leisure time in their own neighbourhoods or in the commercial centres placed at the outskirts of Turin rather than going to the city centre, one of the key aims of the project was to help participants familiarise with the museum and explore its collections from a different perspective, by using art as a tool of self-knowledge as well as of historical knowledge.
Other (minor) objectives set for project concerned the acquisition of specific knowledge and skills:
· to be aware of Palazzo Madama’s heritage
· to be able to locate the museum with respect to the participants’ own neighbourhoods
· to be able to reach the museum and the city centre by public transport
· to be able to move autonomously through museum spaces (basic behaviour rules, orientation, use of the available services, interaction with museum staff).

Target groups
A group of 12 secondary school students with an immigrant background (aged 16-17) attending CTP “Drovetti” to consolidate their knowledge of the Italian language and of other subjects. Most of the project participants had been living in Italy for a relatively short time (from 2 years down to a few months before the project started), coming mostly from Peru but also from Albania, Ecuador, Iran, Dominican Republic and Romania.

Duration of the project
February – June 2010

Project description
The project was jointly initiated by Palazzo Madama – City Museum of Ancient Art and CTP “Drovetti”, whose cooperation started two years earlier in the framework of the pilot project “Whispering Shells: Echoes of Peoples, Cultures, Art”, supported by the European project “MAP for ID – Museums as Places for Intercultural Dialogue”.
The project team had also shared a training experience launched in 2008 by the Torino Musei Foundation (“Intercultural dialogues and the city collections of ancient and modern art”) to help local teachers and museums educators reach a common understanding and expertise of “intercultural work”, and engage in the joint planning of heritage education activities aimed at promoting migrant communities’ cultural participation and inclusion.
As the project title suggest, “Portrait between identity and representation” revolved around the themes of portrait, self-portrait and identity, which were explored by the twelve young participants drawing inspiration from some of the museum’s artworks and through the use of photography.
As Palazzo Madama was unknown to many of the CTP students, the first step was to organise an introductory tour highlighting the museum’s public value and its founding principles. In a subsequent visit, the project team focussed on three paintings (including the famous “Portrait of a man” by Antonello da Messina) with a view to initiating storytelling and autobiographical analysis.
The experience was reinforced at school by inviting students to choose personal pictures encapsulating important moment of their lives. In the photographic workshop that followed, held both at school and around the city centre (2 meetings), participants were asked to “represent” themselves by answering four basic questions: something I like / I don’t like about myself; me and the others; me and space.
The final output of these different project phases (visits to the museum, storytelling, photographic workshop at school and in the city centre) was the individual production of personal stories in visual and written form, where students highlighted aspirations and difficulties, as well as the role of people and places which held a particular significance in their lives. Project materials were subsequently transformed into a collective installation displayed in Palazzo Madama from June (with an official opening event) to September 2010.

Results / lessons to be learned
· project participants thoroughly enjoyed the opportunity to represent themselves and their own lives through the photographic medium, showing a considerable willingness to question themselves in front of their peers and teachers, with whom they were not so familiar
· oral storytelling was important to acquire a new awareness of one’s own biography as well as to familiarise with the other group members; written storytelling allowed participants to engage in learning the Italian language from a different perspective, rather than through the ordinary, formal approach required at school;
· the final event at Palazzo Madama further strengthened in participants a sense of project ownership and responsibility.
There was also an important critical point: the project took place in the second half of the school year, when the students’ workload was particularly heavy because of final examinations. If carried out at the beginning of the school year, the project would also have been a significant opportunity for promoting group cohesion and mutual knowledge between participants.