“A Vision of my Own” 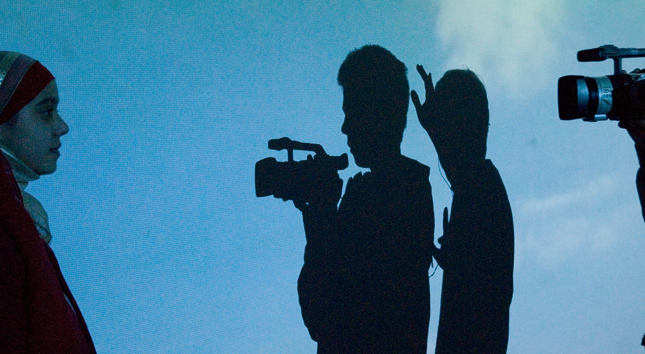 Funding bodies
The project has been supported by Fondazione Sandretto and the City of Turin, Department of Cultural Heritage Education.

Goals
The project aimed at promoting cultural participation of migrant communities by conceiving exhibition spaces as a place for dialogue and knowledge production (rather than knowledge consumption), and by providing participants with opportunities for self-representation and expression through contemporary creativity.

Target groups
A group of 25 students of immigrant background, all aged between 16 and 18, attending the CTP “Drovetti”.

Project description
“A vision of my own” is one of the pilot projects developed by Turin’s museums in the framework of the programme “A heritage for all”, launched by the City of Turin – Department of Cultural Heritage Education in 2005 to promote a culturally inclusive approach to the mediation and interpretation of museum collections. The Department’s support was vital not only in financial but also in training terms, as it offered the education staff of a number of local museums/institutions – including Fondazione Sandretto Re Rebaudengo – the opportunity to take part in the European project “Museums Tell Many Stories” (2005-2007). In fact, the creation of a European network of museums interested in exploring story-telling and other forms of active involvement of immigrant communities in structuring museum visits and interpreting collections was a key source of inspiration and mutual learning.
Through the language of videos, “A vision of my own” explored a number of themes closely connected with the temporary exhibitions mounted by the Foundation during the project’s time span:
· identity (portrait and self-portrait)
· journey
· the experience of distance and proximity
· the reflection on collective and individual past and present.
The project set out with visits to the exhibitions “Stop&Go”, “Segni di Vita” and “Greenwashing”, followed by a “video set” workshop with the exploration of moving image starting from the concepts of light and shade, body and movement.
Following this preparatory work, the students met the young artist/director Gianluca De Serio, who presented a selection of his short films on the theme of identity, often portraying citizens of Turin with an immigrant background. This helped participants acquire a clearer idea of what is meant by “video-portrait”, and telling a story – one’s own, somebody else’s, or the story of a place – through images.
Participants were subsequently engaged in a story-telling workshop, which involved making choices on how to tell their own stories (storyboard, setting, shooting) and acting in the three videos which were the final output of the project: “Sotto la neve”, “Raccontami la tua storia” and “Il primo giorno di scuola” (“Under the snow”, “Tell me your story” and “The first day at school”).
On the way from the CTP to the Foundation, located in the same neighbourhood, teachers have guided their students in the discovery of public art installations by Per Kirkeby, Mario Merz and Giuseppe Penone; they also visited the local interpretation centre of the Urban Eco-museum, thereby gaining a new familiarity with the city and its history, which ideally continued in the Foundation’s spaces through contemporary art.

Lessons to be learned
“A vision of my own” shows the potential of a close cooperation between museums, educators, contemporary artists and migrant communities to:
· develop new points of view on the notions of “heritage” and “identity”
· research and experiment with new ways of interacting and engaging with local communities, mediated through contemporary artistic languages
· explore the interrelations between past and present, cultural memory and contemporary creativity.
The language of videos turned out to be very appropriate for this kind of exploration, as it is particularly familiar for teenagers and can contribute in the development of an active, aesthetic and critical way of looking at (inner and outer) reality.
Self-portrait in particular represented an opportunity for participants to look at themselves, to introduce themselves to the others, to know and understand each other. Workshop activities provided a platform for supporting the building of self-identity, while at the same time encouraging cross-cultural interaction and exchange. A particular emphasis was placed on the development of relational skills through the production of visual stories and autobiographies.
Students have learned to move in the Foundation’s exhibition spaces with great ease and to develop a sense of “ownership”, freely approaching works of art to explore the chosen themes and to produce the videos.

Publications / other resources
Alongside the three videos co-authored by the students and Gianluca De Serio, the project was documented through pictures taken by Anna Largaiolli, professional photographer and teacher at the CTP “Drovetti”.