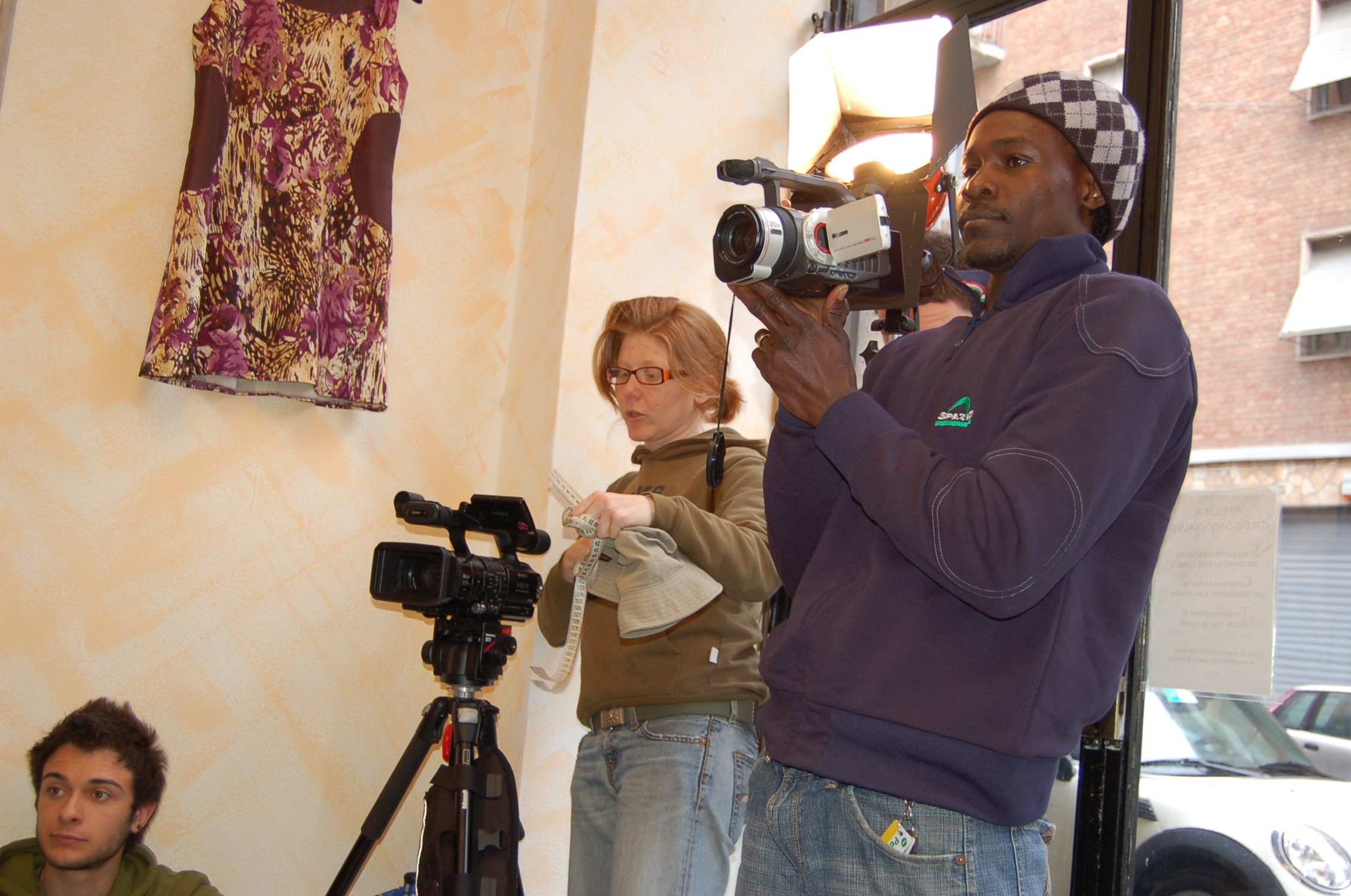 Goals
· to give voice to the participants’ life experiences, through the production of short films drawing inspiration from significant spots of the city and the Museum collections
· to use audiovisual workshops as a cohesive tool in classes marked by strong cultural differences
· to develop participants’ knowledge of the cinema world and skills in film making, as well as linguistic skills
· to encourage the active and constant involvement of participants throughout the different phases of the project: planning, implementation, dissemination
· to make the National Museum of Cinema an accessible institution, open to the dialogue between cultures.

Project description
“Map for Turin” is one of the 30 pilot projects supported and implemented in the framework of the Grundtvig project “MAP for ID – Museums as Places for Intercultural Dialogue”.
The project involved participants in the production of four short films on the theme of intercultural dialogue, based on two key components: autobiographical storytelling and the intercultural interpretation of Museum collections.
The main phases of “Map for Turin” included:
· the presentation of the project and of Museum collections to the classes involved
· the selection of an object from the Museum collections, to be photographed by project participants and subsequently used in the film script as an integral part of the story
· group discussions around the themes of migration, integration, dynamic identities, intercultural conflicts, starting from the screening of purposely selected and edited film sequences
· personal drafting of a short story
· cooperative drafting of a script for a short film in each class
· casting and shooting
· editing.
Teachers played a fundamental role in the planning and implementation of “Map for Turin”, which posed the challenge of addressing very different learning contexts. Together with the Museum education staff, they defined the different phases of the project as well as the educational methodologies to be employed in order to meet the specific needs of each participant group.
The final phase of the project consisted of the implementation of an interactive platform in cooperation with the Sandretto Re Rebaudengo Foundation and MAMbo – Museum of Modern Art Bologna (see pilot projects “City Telling”).

Outcomes
The use of film sequences in an intercultural key was a strength of the project: their direct language triggered strong emotional responses, which in turn provided a valuable starting point for discussion on intercultural issues as well as for autobiographical storytelling.
The audiovisual production process also turned out to be a useful device for the active involvement of highly heterogeneous groups. Working with movie images helped to overcome linguistic barriers (which often account for the “exclusion” of migrant communities from mainstream educational offer), elicit complex process of cultural re-negotiation, and tackle important and often controversial issues of contemporary society in a less conflicting manner.
Quite interestingly, the most challenging stories from a creative point of view emerged from the most problematic contexts (due to organisational reasons or to conflicts and tensions inside the individual groups).
The four short films produced in the framework of the project (see the “Video” section of this website) – “Gregorio’s cut”, “Il muccale” (a play on two words untranslatable in English), “We are not alone” and “Guess who’s coming to dinner” – represent a new valuable tool for the Museum to stimulate debate on intercultural issues. Starting from autumn 2009, they will be made available both on a multimedia platform – designed by one of the secondary schools which took part in the project (see also “City Telling” pilot projects in Turin and Bologna) – and in DVD format, so as to ensure as wide a circulation as possible in local schools, community centres and national and international conferences, in which project participants will be actively involved.
In parallel with the development of “Map for Turin”, the Museum started new partnerships with other institutions/realities working in the intercultural field (ISMU Foundation – Initiatives and Studies on Multiethnicity, Milan; “The Gate” project, Turin), and more in general is committed to pursuing its intercultural engagement in the coming years.

Publications / other resources
– the final publication of MAP for ID project: S. Bodo, K. Gibbs, M. Sani (eds.), Museums as places for intercultural dialogue: selected practices from Europe, 2009.
– further project materials available on a DVD jointly developed by the National Museum of Cinema with the Sandretto Re Rebaudengo Foundation and MAMbo – Museum of Modern Art Bologna.

Youths, both Italian and with an immigrant background, from different educational contexts (Centres for Adult Education and Training, secondary schools)