“MUST REC YOUR ART” 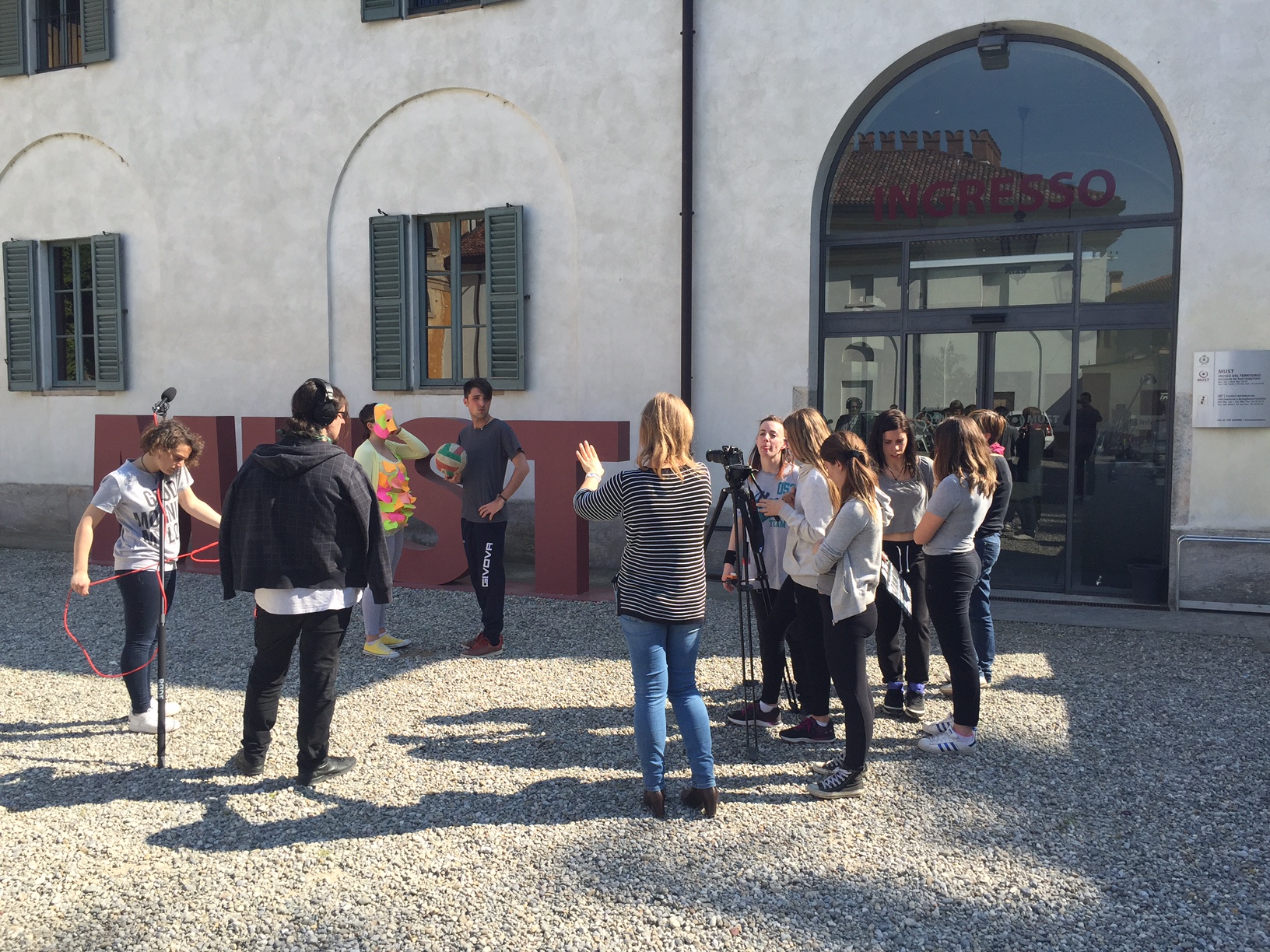 Background
MUST is a city museum devoted to the history of Vimercate’s area from the Roman age to present times. Its pilot project “MUST REC YOUR ART” was developed in the framework of “YEAD – Young European (Cultural) Audience Development”, a four-year project supported by the “Creative Europe” programme of the European Union (2015-2019).
More in particular, the museum was involved in YEAD – Year 1 (2015-2016), devoted to the theme “Universal Access to Culture”, whose overarching goals were:
• to reach underrepresented audiences and improve access to cultural institutions and creative works in the EU and beyond by fostering creative partnerships between cultural and creative players (museum professionals and young filmmakers)
• to provide European museum professionals and filmmakers with skills, competences and know-how needed to engage and develop young audiences through innovative approaches in the field of heritage education in an intercultural perspective.

Funding bodies
As part of YEAD, “MUST REC YOUR ART” was co-funded by the “Creative Europe” programme and Fondazione Ismu.

Goals
For young participants:
• becoming familiar with the museum and reflecting on the value(s) of cultural heritage
• being involved as key actors in an experimental cultural project
• developing new knowledge and skills in the heritage and film-making domains
• learning to work cooperatively
• expressing themselves and their relationship with the museum creatively.

For the museum:
• promoting the participation of young people in the museum’s life
• raising their awareness of local history and cultural heritage
• exploring inclusive and creative methodologies for the mediation and re-interpretation of permanent collections (film-making and storytelling in particular)
• establishing/reinforcing new partnerships with local actors
• developing an educational format which may be reproduced in other projects.

Target groups
13 youths aged 16-20 (both Italian and with a migrant background), living in Vimercate’s area and involved in cooperation with project partners.

Project description
1. MUST took part in the intensive training workshop (Milan and Turin, November 2015, see programme) addressed to the Italian and French groups of museum professionals and young film-makers involved in YEAD. The aim was to provide workshop participants with new skills, competences and know-how to reach cross-cultural audiences, with a particular focus on underrepresented groups and individuals (mostly youths with a migrant background), as well as to share and discuss guidelines which would help develop new pilot projects in the French and Italian museums involved.

3. Workshop meetings (February-May 2016) – engaging young participants in a dialogue with museum staff, spaces, collections and objects in stores:
• 1st meeting – knowing each other and introducing the project
• 2nd meeting – exploring the museum, local history and cultural heritage of Vimercate’s area
• 3rd, 4th and 5th meetings – introducing film language, audiovisual devices, basic film-making techniques (shooting, acting, directing) and carrying out brief exercises with smartphones
• 6th and 7th meetings – drawing inspiration from museum archive photos, working on self-narration/storytelling and writing the script
• 8th, 9th, 10th and 11th meetings – experimenting with different roles (director, screen-player, set designer, sound technician, costume designer etc.), setting up an actual troupe, producing a short film: each participant chose a picture from the museum archive and, drawing inspiration from it, made up a story (storytelling workshop); all stories, whether lived or imagined, were shared with the group; following a feedback discussion between museum operators, youths and the film-maker, Andreea’s story was selected for writing the script; the short film “MY POST-ID” was produced.

4. Formative and summative evaluation (for the evaluation strategies and tools as a whole, see YEAD – Year 1 project description):
• before starting the pilot project, MUST designed a short questionnaire to gather information on young participants’ expectations, needs, previous cultural experiences and perception of museums
• at the end of each workshop meeting, participants filled in a simple “emoticon test” to express their degree of involvement and satisfaction
• together with MUDEC and the “Adriano Bernareggi” Museum, MUST took part in two collective meetings organised by Fondazione  ISMU (February and May 2016) to carry out formative evaluation of the work in progress, identify critical hurdles and suggest remedial action if needed; moreover, Fondazione Ismu constantly acted as a “facilitator/mentor” of MUST’s working team through individual meetings, Skype conversations and e-mail exchanges
• a formative evaluation session was also organised in Paris (June 206), so that the Italian and French groups could share, discuss and improve their work in progress
• as for summative evaluation, Fondazione Ismu designed two questionnaires, one aimed at museum operators and film-makers, the other at the young participants of pilot projects.

5. Dissemination:
• public screening of the short film and presentation of “MUST REC YOUR ART” to the local community and schools (October 2016), with the mayor and civil authorities present
• the process, outcomes and outputs of YEAD – Year 1 were presented at public seminar organised by Fondazione Ismu in Milan (MUDEC, 11 November 2016, see programme), attended by  professionals (museum operators, filmmakers, researchers, educators…), students (museum studies, filmmaking, media design…) and under-represented audiences from which project participants came from.

6. Legacy: tapping into the expertise developed throughout its involvement in YEAD, MUST is planning permanent workshops for young people and schools to take place in 2017.

Lessons to be learned
While running the project, the working team identified the following strengths:
• diversity of the actors involved (project team, young participants, local partners)
• “immersive” experience in museum spaces
• high degree of independence for young participants in producing the short film
• using museum archive pictures to reflect on identity and collective memory
• participants’ willingness to share personal stories (however “difficult”)
• development of a replicable and transferable methodology and format for future educational programmes addressed to young audiences.

The team also had to address some key critical hurdles:
• dealing with a complex project structure and coordinating all the actors involved
• different interpretations of some key aspects of the project (relationship between “process” and “product”, degree of autonomy of young participants, finding the right balance between the different professional expertise involved…)
• difficulties in respecting the timetable
• matching YEAD’s schedule with the overall workload of museum staff, film-maker and young participants