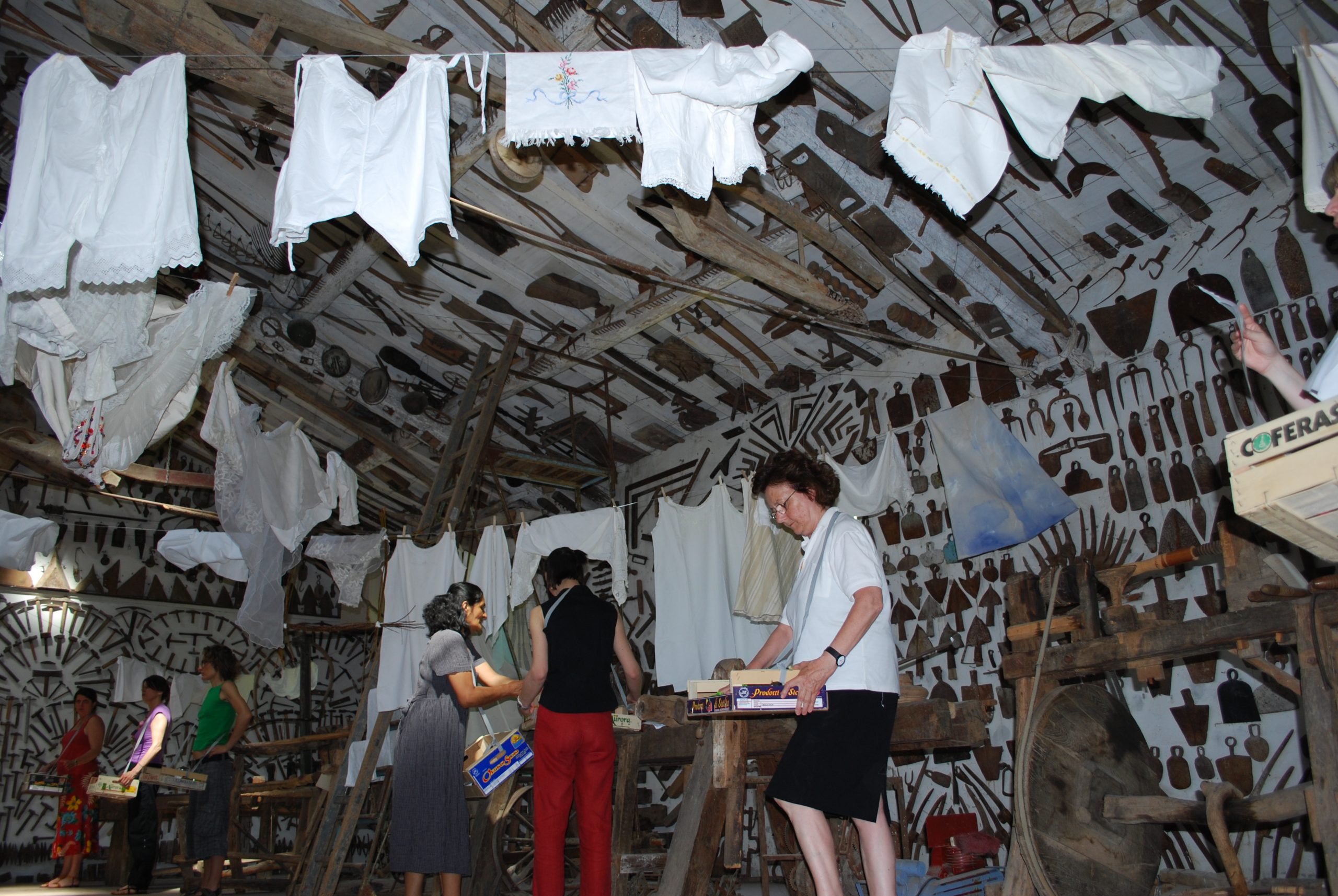 Funding bodies
European funding (Grundtvig project “MAP for ID – Museums as Places for Intercultural Dialogue”), Forum Solidarietà (association of volunteer associations operating in the province of Parma), plus the Guatelli Museum’s own budget.

Goals
The history of the Guatelli Museum is closely connected with the personal story of its creator, Ettore Guatelli, a primary school teacher born in 1921. Interested in objects as evidence of the history of mankind, Guatelli was particularly fascinated by the narratives they embody and unfold. The collection reflects the lives of peasant workers through the poetry of objects (utensils from rural culture and everyday objects such as boxes, toys, shoes and pottery), evocatively displayed on the museum walls.
The project “Plural Stories” drew inspiration from the museum founder’s vision, in that it aimed to collect histories and experiences of participants connected in some way with the collections, and develop them through the language of theatre.
More in particular, the project’s objectives were to:
· initiate intercultural dynamics in a problematic area (the province of Parma) from the point of view of local policies promoting literacy in migrant communities, through the “opening” of the museum to an often excluded audience
· promote the heritage awareness of “new citizens” outside formal learning contexts, in order to help them recognise, interpret and conceptualise tangible and intangible elements acquiring a heritage value with respect to both their original culture and the culture of the place where they have settled
· help participants (native and migrant women) develop an awareness of their own and others’ cultural identity in an inclusive light, and adopt a socially responsible behaviour towards fellow citizens and the local heritage
· train participants to act in their respective professional and life contexts as mediators of the museum heritage from an intercultural perspective.

Target groups
Women aged between 18 and 60 (some of them teachers), both Italian and with an immigrant background, selected outside formal learning contexts.

Project description
“Plural Stories” is one of the 30 pilot projects supported and implemented in the framework of the Grundtvig project “MAP for ID – Museums as Places for Intercultural Dialogue”.
Project participants (ten women, two of whom Italian), identified through contacts with local associations and with the support of two neighbouring local authorities (Collecchio and Fornovo), worked together for five months with weekly meetings of three hours each.  Most of these meetings, held at the Guatelli Museum, were aimed at putting theatre workshop activities and intercultural issues into context, collecting expertise and knowledge related to domestic and professional life, and identifying the objects and stories which would then be at the heart of the theatre workshop run by FestinaLente Teatro, one of the museum’s partners.  This phase of the project was primarily aimed at recovering stories through the interaction between participants, who offered their personal interpretation of the museum collections through the exchange of narratives connected with their respective contexts of origin.
Theatre language enabled a strong interaction between the women involved, who shared gestures and life stories triggered by the museum displays. The past embodied in objects was conceived and explored as a “foreign country,” which helped define a “third space” where participants could share the development of new knowledge, skills and experiences.
The project ended with a theatre performance, “Plural stories: from hand to hand,” in which women gave life to their stories through spoken and body language. The show, which encourages the active involvement of the audience, was highly successful, and is having a long run in other contexts.

Outcomes of the project
· the encounter and interaction between individuals from different backgrounds and realities helped not only the museum, but also migrant women, to develop a new openness towards their territorial context
· “Plural Stories” was also an important opportunity for the museum to initiate partnerships with new actors (local authorities, Trade Union Headquarters, social and migrant associations, FestinaLente Theatre), which will inform future projects
· the museum developed a new awareness of the local intercultural dynamics and immigration and integration policies
· in the short to medium term, the museum is committed to giving continuity to the project, so that the women involved may become museum mediators and be actively involved in the planning of intercultural guided tours addressed to the local community (both migrant and native).

Women aged between 18 and 60, both Italian and with an immigrant background, selected outside formal learning contexts