“Saperci fare. Intercultural education and communication at the museum” 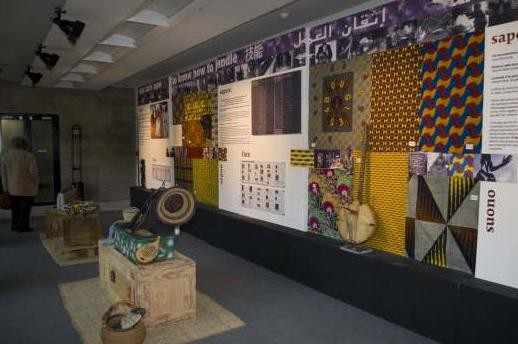 Funding bodies
Departmental budget; European funding in the framework of 2008 European Year of Intercultural Dialogue (the project is part of the national agenda of activities coordinated by the Ministry for Cultural Heritage and Activities – “Mosaico: melting colours of Europe”); private sponsorships.

Goals
Through “Saperci fare”, the Pigorini Museum made the deliberate choice to work in close cooperation with diaspora communities with a view to promoting an inclusive and shared approach to the mediation of its/their cultural heritage. The underlying assumption of this work sees the museum as a public institution committed to the promotion of democratic values and open to intercultural exchange/dialogue.
More in particular, the goals of the project were:
· to promote the understanding and recognition of “cultural difference” in today’s multicultural society
· to enhance the intangible as well as the tangible dimension and value of collections
· to make the new role and functions of anthropological museums – currently engaged in redefining their social and institutional mission in different parts of the world – visible and operational
· to encourage contact and exchange between cultures and to promote education in diversity
· to promote an approach to learning which is based not only on (visual and textual) reading, listening and writing, but also on triggering an emotional experience
· to provide a platform for the building of self-recognition and the recognition of the “other”, by working on both individual and collective identity
· to create a continued, sound partnership between the museum and the surrounding communities
· to create a continued, sound partnership between the museum and local schools
· to share in the debate on intercultural dialogue and cultural mediation.

Target groups
· of the training course and the participatory planning process: museum educators and members of the diaspora associations involved in the project

· of the final exhibition: adult audiences and families (weekend events), schools (visits/workshops throughout the week).

Duration of the project
Spring 2008. Educational activities will be further experimented throughout school year 2008-2009.

Project description
“Saperci fare” – a collaboratively-developed exhibition with a rich programme of workshops, conferences, film shows, performances and concerts organised through the active engagement of diaspora communities – is part of a wider institutional programme comprising the project READ-ME (Réseau Européen des Associations de Diasporas & Musées Ethnographiques), funded by the European Union and started in October 2007 in partnership with the Muséè Royal de l’Afrique Centrale in Tervuren, the Etnografiska Museet in Stockholm and the Musée du quai Branly in Paris.
The way for the planning phase of the exhibition and of the associated programme of events was paved by an intense consultation process with migrant communities to create the conditions for a sound and continued partnership. This included the organisation of a cycle of seminars entitled “The museum meets the extra-European diaspora communities” (November 2007 – February 2008), which prepared the ground for the joint planning of the following activities:

1) An exhibition organised in four themed sections:
· the Chinese chadian (a popular meeting place to play cards and other games)
· Africa of the soul
· Fatima’s parlour
· Huaylash. Agricultural rhythms from the Andes.
Objects were chosen for their potential to trigger story-telling.

2) Interactive visits – the four ethnographic contexts outlined above brought to life by anthropologists and the representatives of migrant communities.

The whole project (meetings, educational activities and events) is documented by audiovisual material. The first output of this documentation work is the video “Voices from the diaspora” (by R. A. Di Lella and F. Staffa), with interviews to the representatives of migrant communities reconstructing the planning process and highlighting the key learning points of the museum-community partnership.

Lessons to be learned
One of the key strengths of the project has been the active involvement of diaspora communities throughout the whole process, from preliminary planning to the management of events accompanying the exhibition and the production of educational materials (e.g. the video “Mariage Royale” produced by one of the project partners, the Averroes Cultural Centre, on Moroccan wedding). The resulting partnership reflects a commitment to sharing experience, the Museum and community learning from each other through mutually supportive dialogue.
The Museum has been able to build on this structured relationship to increase levels of use and awareness of its collections in schools and among the four immigrant communities involved.
The project has also benefited from being part of a wider institutional commitment to intercultural education, comprising the Museum’s involvement in the READ-ME network (see above).
On the other hand, “Saperci fare” shows how critical is the commitment of time – which, in the view of the project coordinator was far too limited to address all the different implications of the initiative: political, social, financial and educational – on the part of both the museum and community groups in this kind of projects. The genuine inclusion of community voices in interpretation and display is a complex and time-consuming process.

Publications / other resources
· Video “Voices from the diaspora”.
· The educational material employed during the exhibition was made available on the Museum’s website in autumn 2008.

- of the training course and the participatory planning process: museum educators and members of the diaspora associations involved in the project
- of the final exhibition: adult audiences and families (weekend events), schools (visits/workshops throughout the week)