Video “The museum is not in one place only” 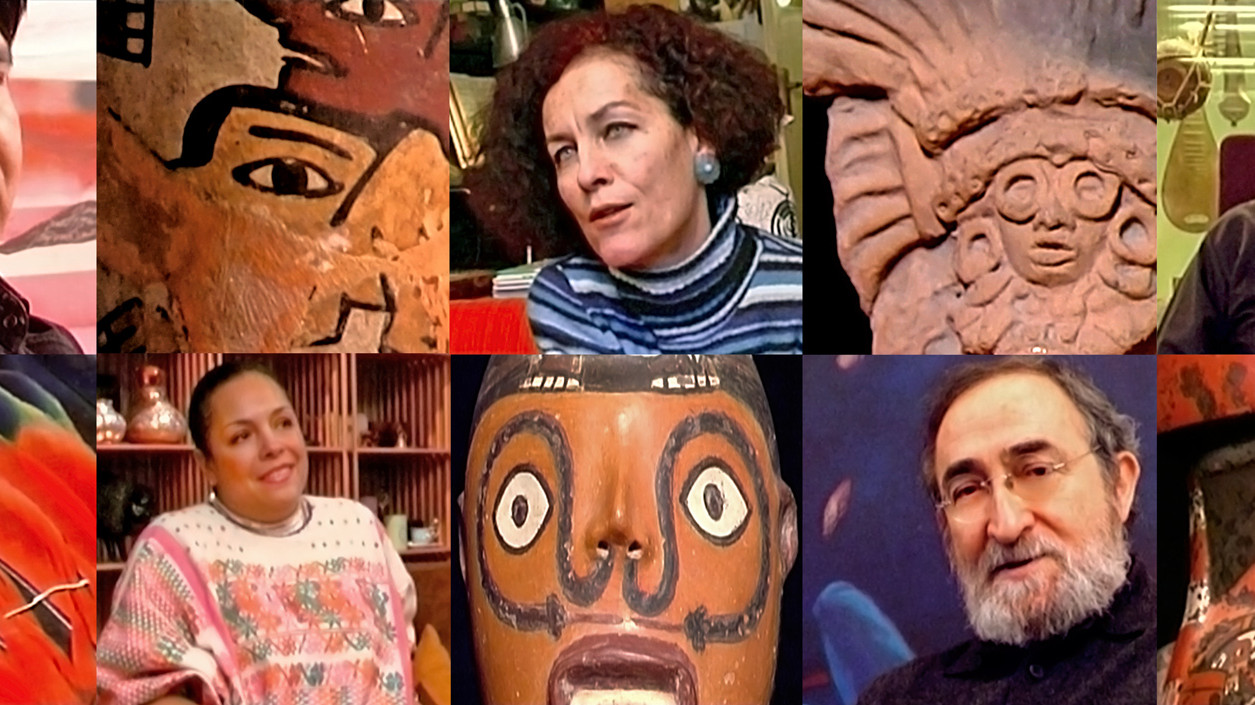 Partners
· City of Milan, Castello Sforzesco Museum of Applied Arts, Extra-European Collections (leading partner; since 2015, the collections have been relocated in the former industrial Spazio Ansaldo, and renamed Mudec – Museum of Cultures)
· Fondazione ISMU – Initiatives and Studies on Multiethnicity, Milan

Funding bodies
Funding from Regione Lombardia’s Law 39, aimed at supporting audience development and better quality of services in museums across the region.

Goals
Like a previous project promoted by the museum between 2007 and 2009 (“Three Milanese travelling East” workshop and educational kit), the video “The museum is not in one place only” was originated by the need to promote the intercultural potential of the City’s extra-European collections in view of the future opening of an ad hoc Centre for Extra-European Cultures (which will regroup city collections from the Americas, Africa and Asia).
More specifically, project partners aimed at making the Amerindian collections of the Castello Sforzesco more visible, by providing new insights and triggering new reflections on artefacts also through the experience of contemporary migration.

Project description
The Castello Sforzesco Museum of Applied Art, Extra-European Collections and the ISMU Foundation launched this project as part of a wider partnership, including the publication of Nuovi milanesi: peruviane e peruviani a Milano, a study on the Peruvian community in Milan (2008).
The central idea for the video “The museum is not in one place only” (19 min.) was to involve five Latin-American intellectuals and artists in the interpretation of the Castello Sforzesco’s Amerindian collections. “Museum artefacts are the result of a ‘migration’… Once deprived of their function and original context, what is left of these objects? They can evoke memories, emotions, stories, life experiences…”.
The project started with a feasibility study to identify the potential target groups for the video. The subsequent steps entailed:
· the selection of seven artefacts (from Mexico, the Andean region and Brazil) to be explored in video-interviews
· the preparation of texts for the interviews
· the selection of interviewees: Juliana Marinoni (collector, Mexico), Alfredo Peralta (musician, Peru), Monica Paes (dancer, Brazil), Fabio Amaya (painter, Colombia), Alejandro Fernandez (painter, Peru)
· the implementation of interviews: artists and intellectuals engaged in a dialogue with objects, sharing their condition as “migrants”; improvisation was a challenge for interviewees, as they had no prior knowledge of the chosen artefacts, but also an opportunity as it allowed a more spontaneous response to them
· the preparation of texts for the video
· editing and direction
· post-production
· dissemination: the full version of the video has been distributed to museums and cultural institutions, secondary school teachers, NGOs and migrant associations (especially from the Latin American area).

Results / lessons to be learned
· the video throws a new light on museum collections, and promotes the accessibility of artefacts which are not yet on permanent display (see project goals)
· the reflections of interviewees and their responses to objects open an unusual perspective on Latin-American immigration to Italy
· the video in itself was an opportunity to exchange views and expertise for professionals engaged in heritage education from an intercultural perspective.

Publications / other resources
The trailer of the video (3 min.) can be viewed in the “Video” section of this website.