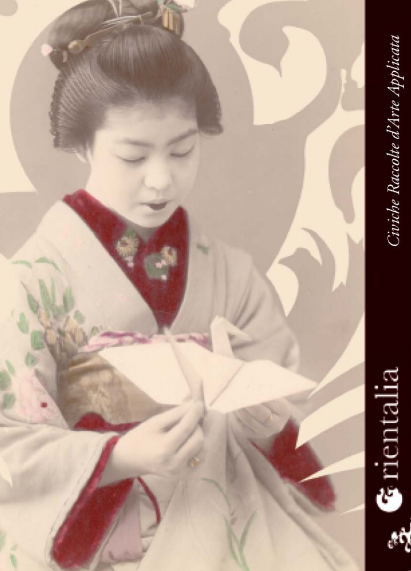 Goals
· to reflect on the representation of “other” cultures as well as on past and present stereotypes concerning the East
· to investigate the relationship between Europe (Milan in particular) and the Far East between the XIX and XX century (trade exchanges, stereotypes, artistic influences)
· to learn about the political, social and economic situation in Japan between the XIX and XX century (the opening to the West, socio-political change, mass production)
· to learn about the artistic and cultural traditions in China and Japan (rituals, religion, art).

Project description
The project was originated by the need to promote the intercultural potential of the City’s extra-European collections in view of the future opening of an ad hoc Centre for Extra-European Cultures (which will regroup city collections from the Americas, Africa and Asia), and ran in parallel with the exhibition “Orientalia. Chinese and Japanese routes in Castello Sforzesco’s Extra-European Collections” (open until June 2009).
In the initial stages of the planning process, discussions with a groups of teachers and educators helped the project team identify the most effective objects, contents and methodologies. An on-line survey of the existing educational offer on the themes explored in the exhibition allowed the project team to evaluate workshop activities and educational kits developed by other museums/institutions at an international level: the Royal Academy of Arts (London), the Metropolitan Museum of Art, Asian Art Collection (New York), and the Smithsonian Institution, Freer Gallery of Art and Arthur M. Sackler Gallery (Washington D.C.).
The activity consists in a role game inside the Museum: three teams/players (youths aged 11-13) must act the part of three Milanese travellers during their trip to the East, guided by a museum educator and by their teacher/parent. At each leg of the journey, the team/player must fill in a form through direct observation of objects and display, or through the exchange of information with other teams/players.
The legs of the itinerary (disciplines involved: history, geography, art and image) are the following:
– Carlo Giussani Team: the East in Western imagery; musical instruments; ideographic writing; clothing and accessories; ikebana; the tea ceremony; a pastime, the Go game.
– Ferdinando Meazza Team: the East in Western imagery; art between tradition and exportation; the tea ceremony; explorations; how to recognise chinaware; ideographic writing; a new material, lacquer.
– Achille Turati Team: the East in Western imagery; explorations; clothing and accessories; musical instruments; meeting Buddhism; art between tradition and exploration; the art of war.
The role game ends when each team/player has completed the seven legs of the journey and has chosen a symbolic object for China or Japan; this object is presented to the other teams/players along with a profile of each traveller in a concluding moment of reflection.
Evaluation is carried out through direct observation of groups and a questionnaire at the end of the visit, concerning the following features of the educational trail: methodologies and tools employed, participation and learning, objectives achieved, logistical aspects.

Lessons to be learned
The strengths identified by the project team:
· the educational kit is downloadable for free, and is easily accessible to anyone interested in visiting the exhibition (also without the museum educator’s guidance)
· the kit is not conceived exclusively for a school audience, and may be a valuable tool also for museum guides and operators
· the Museum’s website offers an analogous educational kit for primary school children in the framework of the exhibition “Indoamerica, archaeology and ethnography from South America at the Castello Sforzesco”
· the key themes explored in the exhibition and educational kit are not easily accessible neither in textbooks nor in other museum institutions.
Some critical points:
· in case the educational trail is carried out without the museum educator’s guidance, teachers/parents must visit the exhibition first
· the Internet, through which the educational kit is made available, is not regularly used by all teachers/educators/parents.