Training course for mediators “Heritage education in an intercultural perspective” 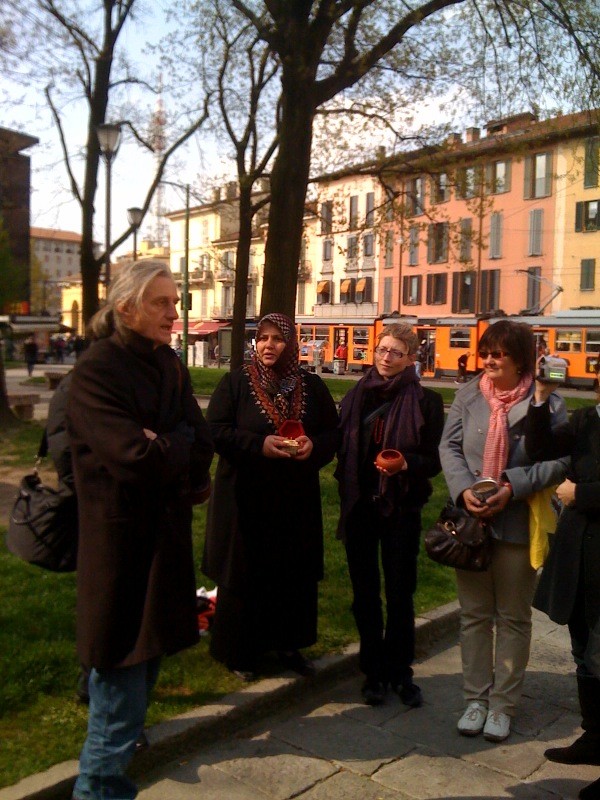 A number of projects carried out in Italian museums have recently focussed on the potential of cultural mediators with an immigrant background as “new interpreters” of a city or a museum’s heritage (see Gallery of Modern and Contemporary Art, Bergamo, Training course for Museum Mediators; Centre for African Studies, Turin, Training course for Mediators of Intercultural Heritages; Centre for African Studies and Museum of Anthropology and Ethnography of the University of Turin, “Tongue to Tongue: a collaborative exhibition”).
The underlying assumption of these projects is that heritage is to be understood not only as a “received patrimony” to safeguard and transmit (which implies that “heritage” is something that can only be inherited by right of birth), but also and foremost as a set of cultural objects – both material and immaterial – that can and should not only be preserved and transmitted, but also re-negotiated, re-constructed in their meanings, made available for all to share in a common space of social interaction.
Fondazione ISMU (Initiatives and Studies on Multiethnicity) took up the challenge of training similar professional figures in Milan’s context, as part of a four-year programme to explore the potential contribution of cultural heritage in integration processes jointly promoted with the provincial administration of Milan, Department of Culture, Cultures and Integration (2005-2009). This programme comprised the creation of the “Heritage and Interculture” website, along with publications (see Planning together for an intercultural heritage, edited by S. Bodo, S. Cantù and S. Mascheroni, Quaderni ISMU 1/2007), training courses (see the training and action-research project “Cultural heritage and integration”, 2005-2007) and conferences addressed to a diverse range of professionals.

Funding bodies
The project was co-funded by Fondazione ISMU and the Province of Milan – Department of Culture, Cultures and Integration.

Goals
· to explore innovative methodologies and tools for the planning, documentation and evaluation of “intercultural” heritage education activities jointly developed by mediators and museum educators, and addressed to mixed audiences (by age, ethnicity, social and cultural background)
· to develop new perspectives on the local cultural heritage and collections, by experimenting with new interpretation and mediation strategies (e.g. story-telling)
· to promote the mediators’ cultural citizenship, by recognising them as key actors in the reinterpretation of the local heritage in an intercultural perspective
· to promote an understanding of museums not only as cultural spaces for interaction, but also as institutions encouraging participatory and cooperative planning.

Target groups
Native and migrant cultural mediators and museum educators.
Although the training course was mainly addressed to mediators with an immigrant background (participants’ countries of origin range from Argentina to Azerbaijan, Bosnia, Brazil, Egypt, Iran, Iraq, Israel, Peru, Philippines, Rumania, Serbia, Spain and Hungary), the project team thought that by engaging also a small number of Italian mediators and educators, project participants would have benefited from the integration of different professional perspectives, knowledge bases, competencies and skills.

1. Shared training (from October 2009 to January 2010): weekly seminars to provide participants with a common conceptual framework, language and methodology, and more in particular:
· to initiate a reflection on the different understandings of key concepts such as “heritage”, “ethnicity”, “encounter between cultures”, “intercultural dialogue”, “intercultural education”
· to explore a range of formal and informal learning contexts, from primary schools to adult education and training
· to examine in depth the role of cultural mediators as “new interpreters” of a museum or city’s heritage (e.g. through meetings with mediators trained in other contexts)
· to explore new mediation strategies and tools (e.g. “narrative routes”, collaborative exhibitions, storytelling workshops, theatre performances, videos…).
These meetings, led by experts, curators and educators, were integrated by field visits to museums already engaged in heritage education projects in an intercultural perspective, e.g. Brera Picture Gallery (Milan), Gallery of Modern and Contemporary Art (Bergamo), Museum of Contemporary Photography (Cinisello Balsamo), and the Extra-European city collections at the Castello Sforzesco (Milan).
The first phase was concluded with a seminar specifically devoted to identifying key elements for the planning of heritage education and mediation activities in an intercultural perspective.

2. Action-research (from January to April 2010): a series of planning workshops to test the knowledge and skills developed through shared training. To this end, participants were divided in three sub-groups, and were asked to identify a museum collection or heritage site around which to plan an intercultural mediation activity. The outcome of this phase was the planning of three itineraries respectively devoted to the Magi’s relics preserved in the Romanesque basilica of S. Eustorgio, the Museum of Milan collections as a starting point to explore key city places (the hospital now turned into university, the market square, the opera house…), and the historical Trotter Park “seen from via Padova” (one of the most densely immigrant-populated areas of Milan).

3. Monitoring and evaluation (from February to May 2010):
· tutoring of the three groups throughout planning work
· presentation of the three projects’ structure (objectives, target groups, phases, strategies and tools, activities, documentation, sources employed); sharing and discussion
· testing of the intercultural activities developed in the framework of the action-research phase (guided tours to S. Eustorgio, the Museum of Milan and Trotter Park)
· review of projects’ structure
· summative evaluation (questionnaire and feedback discussion on results with project participants).

Lessons to be learned
A key feature of the training course was its aim to go beyond a traditional, static model in which mediators are simply “bridges” between the museum and their respective communities, and work towards a more integrative model of diversity, in which objects, audiences and the mediators themselves are disengaged from the prevailing rationale of “cultural representation”, as well as from the underlying assumption – still very widespread in the museums’ community – that individuals will be automatically interested only in objects that are specifically related to their cultural background.
In fact, many participants acknowledged a significant shift in their knowledge bases and professional skills, and now feel more confident with the mediation of a heritage which is not “theirs”, as well as with refocusing the interpretation of museum collections and heritage sites so as to include different cultural perspectives.
The combination of a training phase and a research-action phase allowed participants to immediately test their newly acquired competencies. This experience was perceived by mediators and museum educators not so much as a simple “simulation”, but as an operational paradigm which is workable and transferable in their own professional contexts.

Cultural mediators with an immigrant background and Italian museum educators